People who know about Steve McCurry, please do not read further as you might have read this earlier. What you are going to read further is an attempt of myself to understand few of his works, as I highly admire his work. Though there are/were many legends in this world, I admire him because of the following reasons. The first being that he has visited India 82 times so far in his life which eventually made him know about India better than any average Indian.  The second being the no. of photographs he included human elements in his photographs, the percentage is more or almost all of them. After all we are humans, we better perceive things if it is related to any human form.

Most of his photographs are highly evocative, in general his processing is a bit of boosting saturation, tonal curve adjustment to give the slight faded look and careful usage of vignette and most importantly his photographs are around half stop underexposed which are his trademarks. Another important thing is he doesn’t convert his photographs in to Monochromes often, very few images have had this transition. Many of his popular photographs have been discussed in many places and umpteen times, I have selected few of his less discussed photographs, at least relatively. His other interesting work is here in his blog.

Look at the harmony and the perfect balance in this photograph, two humans & two ships, two poles near by the persons & two poles where the net tied, everything is two except the umbrella and the net. Importantly the horizon is not at the dead center and his view point is bit off center, may be in order to not interfering the ships by the poles.. Could have been a late evening and drizzling too, careful selection of high f no, he must have boosted ISO for obvious reasons and the grains too are obvious to support in this photograph. Even if these two persons were motionless this photograph could have been a very good one, but he let some action happening between the persons, so that the viewer expands his thoughts. And most importantly Steve chose not to convert it in to a Monochrome which we often choose to do and give a lot of explanation to that. If you look at it in a layer based visualisation, firstly two persons – the distance between them is little. Second the poles, in relation with the persons it is wider. Next in relation with the poles the ships are slightly wider. Who knows? Steve might have different idea altogether and that is what is all about photography or for that matter any form of art. Isn’t it.?

You might have seen this photograph earlier, but let me tell you why this photograph is important. After this photograph published in National Geographic magazine, the sewing machine company found this old man in India all the way from USA and gave him a new sewing machine.! Have a look at this man, he is under crisis, his home must have been devastated by the floods. But he holds a smile with his toothless mouth (may be Steve cracked a joke!). No wonder Steve categorised this photograph under Universal language.

Sheer power of simple composition – If the kid stands upright, this photograph would be a normal one. The staircase balustrade line, the staircase slab line and the human body inclined with somewhat parallel to the above two lines makes this photograph an interesting one. The ball above his head is adding value and makes sense to his inclination.

Correlation – The soldiers on the wall painting, people inside the bus. Soldiers have gun in their hand, all those people’s hands are either supporting or holding, in other words all the hands are visible to the viewer. And the two ladies on the wall and the two persons outside the bus. The red colour patch on the wall and the red colour band on the bus.
Few of his other works, which I find difficult to write an insight kind of.

All of the above photographs has been taken from his website. If you have an opinion/insight about his above works do share in the comments section. I have made an earlier attempt here. An interesting article here about how digital photographers have fetishized sharpness and detail.
Cheers. 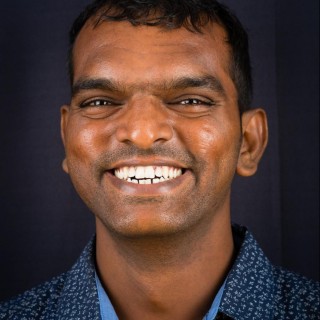